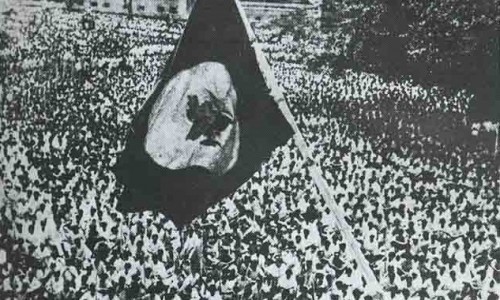 Agroni has initiated 7th March National Day Initiative. The main purposes of the initiative are as follows:

We believe that declaring “7th March” as the National/Public holiday will not only create the space and opportunities for people to observe and celebrate this momentous day in the history of the Bengali speaking people, it will also be a recognition of the sacrifices for the long struggle for the liberation of Bangladesh.

We further consider that 7th March is a unique day in the national history of Bangladesh. On this historic day over a million of struggling masses gathered in Ramna Racecourse to mark the beginning of end to the long marches for freedom and emancipation and to witness a new dawn-independent Bangladesh. This was also a day of national unity, solidarity and brotherhood in a manner that was not previously known amongst the Bengali speaking people.

Although this campaign has been initiated by Agroni, we firmly consider that it is truly belongs to all the patriotic people of Bangladesh and it has been designed as such. At present we don’t have any central committee structures or prescribed form of campaigns. Therefore people can participate both organisationally and individually in the following simple manners: